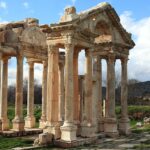 Economic disadvantages caused by credit bureau entries – Purpose of credit bureaus for the economic system – On what legal basis does Schufa store my data?

Schufa entries lead to considerable disadvantages for those affected. Even simple transactions, such as concluding a cell phone contract, can be prevented. It is particularly bad when financing is refused. Those affected report that they feel at the mercy of the overpowering Schufa and believe that the credit agencies seem to decide arbitrarily about the weal and woe of people.

Of course, the facts cannot be presented in such black and white terms. Schufa fulfills an important purpose in our economic system, in that it can warn the economy of default risks on the part of the contractual partner. Nevertheless, there are often entries that, objectively speaking, are hardly recognized as legitimate. What is the point if a person with a good income is not allowed to finance a property because of a cell phone bill that may have gone down in the course of a move? It happens again and again that Schufa entries are erroneous and unlawful and thus have to be deleted. An examination of the individual case by a lawyer often seems to make sense here.

The DSGVO was created to regulate the data processing of personal data uniformly within the European Union. With the entry into force of the DSGVO, the legal jungle of the member states of the European Union was thus, simply put, unified.

Special situation according to Article 21 DSGVO – matter of interpretation.

Article 21 of the GDPR specifies the right to object to the processing of personal data. Thus, „The data subject (…) has the right to object at any time, on grounds relating to his or her particular situation, to the processing of personal data concerning him or her which is carried out on the basis of Article 6(1)(e) or (f)“ Article 21(1), first sentence, GDPR.

Now the difficult balancing begins. What is a special situation and what criteria are used to decide here. From many years of correspondence with Schufa and also the Schufa ombudsman, a clear catalog of criteria is not apparent. Instead, each individual case is examined and the special situation is – understandably – interpreted very sharply. Schufa apparently assumes, for example, that a request for credit does not justify a claim for deletion, since these restrictions must be accepted in the interest of the economy as a whole.

Rather, the reasons of the individual must outweigh the reasons of Schufa and the economy as a whole and must carry particular weight in this regard. Of course, this is again anything but a clear definition, so there is nothing left but to consider each individual case. If a deletion is then made, the person concerned can once again participate freely in economic life.

The Kanzlei Dr. Schulte attorneys is successfully civil-legally since 1995 emphasis in the area of the Internet, Reputations- and competition right active. It represents country widely the interests of individual investors. Supplementary sender information with the Kanzleistandort you find in the imprint on the Internet side www.dr-schulte.de.